The status and trends of pollinating insects is an increasing ecological and economic concern nationally and globally. While threats from pesticide application and large-scale habitat conversion are not wide ranging in Alaska, many species may be vulnerable in the face of changing climates, alternation in plant communities and habitats, and disease. One bumble bee in Alaska, Bombus occidentalis, has declined across its range and has been petitioned for listing under the Endangered Species Act. Other pollinator species have narrow host specificity, nesting requirements, or restricted range distributions. For example, the larval host plants of the yellow Apollo butterfly (Parnassius eversmanni) are restricted to three plant species in Alaska that are rarely abundant. 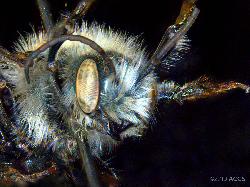 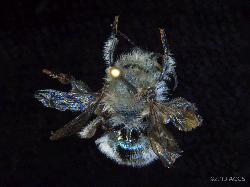 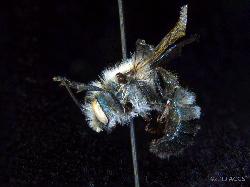 For the majority of pollinator species in Alaska, baseline information on distribution, relative abundance, and habitat associations are incomplete (however, see Philip and Ferris 2016). Synthesis of existing data and targeted surveys can yield substantial information at the state level. In collaboration with the University of Alaska Fairbanks, we have initiated efforts to collate existing pollinating insect occurrence records in Alaska and evaluate a conservation status that adheres to protocols developed by NatureServe. Below, we summarize global and state level ranks of bumble bees, butterflies, and some solitary bees known to occur in Alaska based on existing museum and academic institution records and records from various scientific literature.

For more information about the pollination ecology of vascular plants in Alaska, please see our current research.