Wildlife research at ACCS focuses on species of greatest conservation need including rare, elusive, or at-risk species. Specific research includes population monitoring, habitat and dietary requirements, and species interactions including predator-prey dynamics and competition. Our research guides management and conservation policies across a gradient of human land uses. We work closely with wildlife ecologists and natural resource managers across the state of Alaska, including partners with state and federal agencies and local stakeholders.

As part of the state’s Natural Heritage Program, wildlife ecologists at ACCS synthesize biological information on Alaska’s vertebrate species including carnivore and ungulates, and small mammals and bats, pollinators, and endemic invertebrates in a central repository. Vertebrate data are publicly available through our Wildlife Data Portal and include range maps, habitat distribution models, ecological information, and conservation ranks. 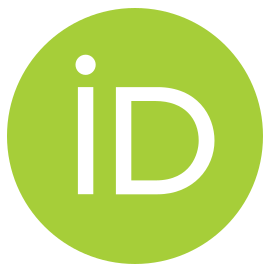 Amanda received a B.Sc. in Environmental Biology from McGill University and a M.Sc. in Ecology from the University of Alberta. Her thesis, Snowfall, travel speed, and seismic lines: The effects of snow conditions on wolf movement paths in boreal Alberta, resulted in publications in the Canadian Journal of Zoology and PLoS ONE. Her research interests include northern ecosystems, carnivore conservation, and movement ecology. She has expertise in R, GIS, data management, and scientific writing. She is currently serving a two-year term as Secretary-Treasurer for the Alaska Chapter of The Wildlife Society.

Rachel earned a B.S. in Natural Science from the University of Alaska Anchorage with a minor in Biology and Geology. Her research focuses on pollinators in steppe bluffs of Alaska. She has helped assign ranks for butterflies, birds, and small mammals for conservation efforts in the state.

Timm received a B.S. in Biology from the University of Virginia and a M.S. in Biological Sciences from the University of Alaska Anchorage. He specializes in spatial analyses of terrestrial vegetation, soils, and wildlife; remote sensing; and identification of vascular and non-vascular plants. He is fluent in Python, R, SQL, Javascript, geographic information systems (GIS), and web development including a variety of frameworks, platforms, and languages.

Paul Schuette focuses on sea otters as part of the Marine Mammal Management Program at U.S. Fish and Wildlife Service. He received a B.S. in Biology from Truman State University, a M.S. in Ecology from San Diego State University, and a Ph.D. in Biological Sciences from Montana State University. He held postdoctoral research positions with Montana State University / Zambian Carnivore Programme and the State University of New York, College of Environmental Science and Forestry (SUNY ESF). He has investigated a variety of topics related to predator-prey dynamics, competition, resource selection, foraging ecology, and human-wildlife interactions, with a focus on carnivores, ungulates, and small mammals. He has conducted research in the United States, Kenya, and Zambia in areas spanning a gradient of protection and human land use.